Due to the COVID-19 outbreak, activities and events are likely to be subject to cancellation or postponement at short notice. Please contact the event organisers for further information.

Time to Listen is a three hour workshop for Club Welfare Officers (CWO). CWOs must have attended a Safeguarding & Protecting Children workshop previously and will need to bring their own reporting procedures to the workshop. 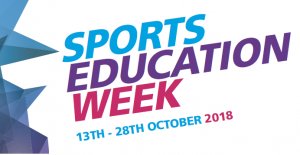 Please note the following organisations accept this multi-sport version of the Time to Listen course:

REFUNDS: A full refund will be provided for course booking cancellations received at least 1 week (5 full working days) before the course start date. Unfortunately, cancellations received after this date cannot be refunded. Bookings made within a week (5 full working days) of the course start date also are ineligible for refunds if cancelled.

This is one of many courses available as part of our Sports Education Week. To see what else is on, please have a look here Get Berkshire Active Website - www.getberkshireactive.org/sportsedweek