The 7th Get Berkshire Active Awards

The 7th Get Berkshire Active Awards 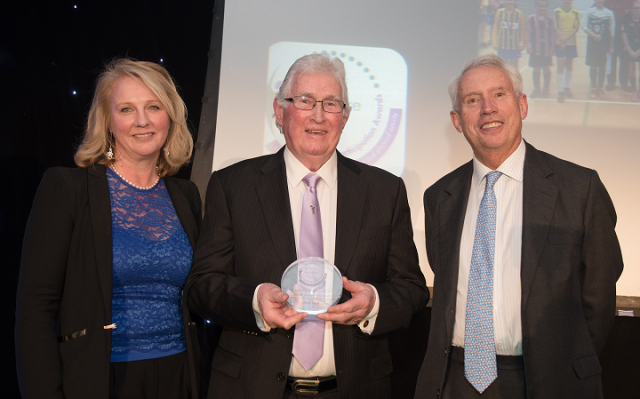 Paralympic swimmer and Paracanoeist Jeanette Chippington MBE joined the event as the Guest of Honour. Her inspirational speech and fantastic video highlighting the UK's achievements at the Rio Paralympics got huge applause from the 300 guests attending the Awards ceremony this year.

The previous year's winner of the Sport Personality of the Year, Rachel Elliot, also joined the 7th GBA Awards this year sharing her plans to proceed with her sport career. She couldn't attend last year as she had suffered a stroke just two days before the event.

A raffle on the night raised more than £1,000 with proceeds split equally and donated to CLIC Sargent (Children's Cancer Charity) and the Stroke Association.

The list of the winners in 12 categories are here.

The 7th GBA Awards' Sports Personality of the Year is the netball player Francesca Williams. Fran was part of the Wasps squad that lifted the 2018 Netball Superleague trophy. She captained the England U21 squad that won bronze at the World Youth Championships in Botswana, and went on to dominate the Netball Europe championships, winning the gold medal.

The 8th GBA Awards ceremony will take place on the 28th February 2020 to celebrate Berkshire's achievements for the year 2019 with the nomination process open in September 2019.