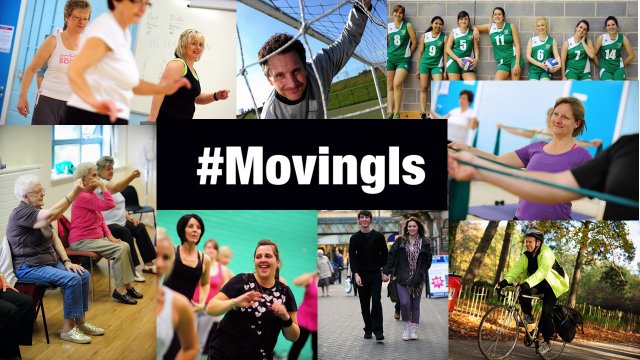 Thank you very much for joining #MovingIs campaign. We were delighted to see more than 245 contributors to the conversation about the barriers to becoming active and the ways of overcoming them. The campaign reached more than 450K Social Media users and inspired more than 600 tweets during the week 13th-20th May.

With beautiful weather across England during the campaign week, #MovingIs followers shared their activities, such as "15 minute walk round the block between meetings", walks with their dogs, inspiring tweets about becoming active after surgery and more. Please follow the hashtag #MovingIs to read more stories.

We believe that the campaign started a new wave of conversation about the joy and family bonding that simple 'moving' can bring into our lives and broke down common stereotypes about the complexity of becoming active.

Please keep on using the hashtag #MovingIs to tell us your stories of overcoming barriers and inactivity, suggestions on how to begin and tips on how to stay motivated.

The campaign is over but #MovingIs has just begun!