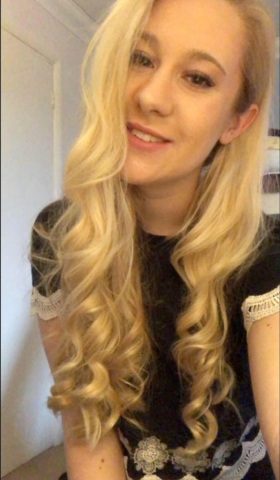 I am Morgan and I am currently 34 weeks pregnant. I am Head coach of Athena Angels Gymnastics and cheerleading club and I also run The SPORTS collective, which is currently working with get Berkshire active on a young leadership programme. I spend half terms and summer holidays running a sports holiday club and I am also a part time nanny! (its A LOT I know!) Lets start from the beginning of pregnancy?

In February 2022, I was preparing to teach my first young leadership session when four hours before I found out I was pregnant! I was already extremely nervous about meeting new 15-16 year olds but now I had extra thoughts running through my mind. To top it off it was a boxing session, which I had this overwhelming sense to protect my 6 week old baby. I really just wanted to tell them all my fantastic news but for now it just had to be me and bump. During the session I had thoughts such as "what if a child hits me that little bit too hard?" I managed to push the thoughts out of my head and popped on the gloves aiming to get as many disengaged youths up off their bottoms as possible!

Fast forward a few weeks and we are on session 3 of boxing! On my way there I had to pull the car over 3 times to throw up. I had extreme fatigue, nausea and was actually being sick! Again, overwhelming thoughts of "I really do not want to throw up in front of these teens sprung to mind!" it would've been so embarrassing. Fortunately, once my voice filled the room and all eyes were on me the sickness went away!

During my 16th week of pregnancy I caught Covid, I managed to avoid it for the whole of the two years so far, but caught it whilst pregnant? I ended up with a stay in hospital because it mixed with morning sickness was not a good combo, antibitoics via drip along with fluids and rest was the only way forward. I found staying at home and watching other coaches manage was super tricky for me but they coped really well and all pulled together to cover for me but all I could think about was being there with all my gymnasts, I know when I have the baby that feeling will come back.

A few weeks turned into a few months of morning sickness. I was sick until 21 weeks. The best relief I had was when sleeping and the second best relief was when coaching, for some reason being fully submerged in children doing back flips and cartwheels completely took my mind to another planet and I totally forget I am pregnant. So much so that I was still demonstrating and showing off my backflips (before getting told off by everyone around me) During the first 18 weeks of pregnancy our gymnastics club went from strength to strength. Opening two new venues! I felt more motivated than ever to just do my best. We were also getting more and more bookings for our young leadership programme.

As the morning sickness got better towards my 24th week, one thing I had to make sure, which I never did before, was that I have snacks and food! Plus eating my 3 meals a day around my coaching hours. If I did not come prepared I was having to ask the junior coaches to run to the shops for me during a lesson or I would feel terrible and need to sit down.

Along with the constant hunger, I am struggling with the amount I need to go to the loo. When you have got 30 children in front of you and your trying to run a lesson it can sometimes feel impossible, plus the urge ruins my train of thought. I was going to the toilet during the lessons and nothing was happening, turns out I was just being kicked! A little trick the midwife told me is to try and go every hour on the hour. (so far this has worked with lesson change overs) sometimes I have a queue of parents wanting to talk to me when I get back though.

As I am getting bigger I am getting more tired. Since coaching is often evenings, I do get a few hours in the day to nap! If I don't get those naps in then I am done for. House work, cooking and admin has gone out the window a little bit.

As I have reached my 34th week we have had to make some changes to the way I coach. For example having an extra coach with me to demonstrate. And making sure I don't move heavier items such as beams and inflatables I am still carrying and lifting what I did before pregnant as I am adamant to stay strong, fit and healthy. I still flip children above my head and catch them so they don't fall on theirs! I have been commented on for "being so strong!" but I do move bump out the way when needed.

One thing I am finding with working with children is I am just as emotional as they are. Its like I am a parent to every one of our 275 gymnasts. When they get a new skill I cant help but well up. When they all perform together or compete I just burst into tears. We recently just had a bronze national title and I am beyond proud! Something that will stick with my pregnancy journey forever.

As always though I would not be able to do it without my exceptional volunteers, junior coaches, coaches and family!