Around 1100 school children representing 76 Berkshire schools from across the County took part in a day of sporting action and culture at the Berkshire School Games Summer Festival held on Friday 28th June 2019 at Bisham Abbey National Sports Centre, Marlow, its traditional location.

The primary and secondary school pupils, with the youngest participants aged 5 years old, competed to become the County Champions in physical activities including Rugby, Tennis, Athletics, Pentathlon, Rowling, SEN (Special Education Needs) Cricket - all developed specially for the event to include mixed and single gender competitions as well as inclusive events for special schools.

The event showcased an amazing array of physical activities and sport for children with diverse abilities and experience enjoying being part of a team, representing their school and district, trying something new, learning new skills with an opportunity to discover a passion for sports and physical activity.

Alongside truly competitive events like Indoor Rowing, Ultimate Frisbee and Touch Rugby, the programme of the Summer festival included challenges like TryIt (Modern Pentathlon Laser run, Disc Golf & Touch Rugby) and Change4Life with no medals awarded. Some activities provided opportunities for schools to involve more children and broaden participation in physical activities like Mini-Tennis, Cricket Skills, GoRide Cycling and Orienteering. Inclusive games are an important part of any Berkshire School Game and this season it offered SEN Cricket and New Age Kurling for secondary and Sixth Form pupils. 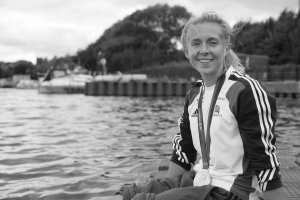 Kat was part of the GB Rowing team as lightweight sculler for over 10 years. During this time, she competed at two Olympic Games, and won a gold medal in London, 2012. As well as competing for Team GB, Kat has won medals at the European and World Championships, World Cup regattas, and has set 3 new world best times. Recently retired, she is enjoying having some time to plan her next career, teaches group and private yoga classes in the area, and is supporting and working with several grassroots charities to help support women and young people with physical activity.

What will help people to return to play