The winners for the Get Berkshire Active Awards 2017 are as follows: 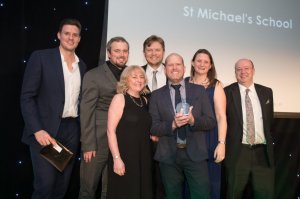 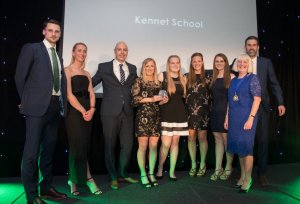 Coach of the Year - sponsored by Field Seymour Parkes Solicitors 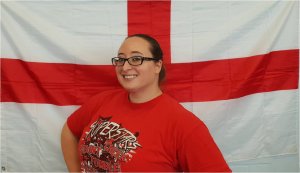 Rachel is director and head coach of Superstars Cheer and Dance. She is passionate about growing confident, strong people with cheerleading and life skills. Superstars finished the season with three National, two Regional and one Grand Champion titles. Appointed to Team England Paracheer. Rachel joined the country's top coaches working with disabled and non-disabled athletes to create an incredible routine. At the ICU World Championship in Florida they won the gold medal.

Community Club of the Year - sponsored by the 6 Unitary Authorities 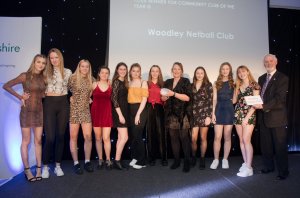 The club, which celebrated its 50th Anniversary in September 2018, proudly offered netball for 250 members aged from 8 to 68. All abilities were catered for with teams in local and regional leagues, plus 'Back to Netball' sessions. The club developed coaches, umpires, junior umpires and parent volunteers. As well as team success in various leagues, a dozen players were selected for development academies, including Netball Superleague. With Woodley Carnival Committee, the club ran its annual High 5 Netball Tournament involving 18 teams from local primary schools. 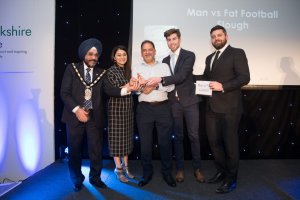 In less than 12 months, 92 men lost weight and became active. Players took part in a weekly league at Arbour Park Stadium. They kept food/drink diaries and got nutritional advice. The league was decided not just on points won, but pounds lost. A collective 500kg of weight was lost, equivalent to a full-grown crocodile! 36 men shed 5% of their original body-weight, a further 12 lost 10%. The project featured on BBC News and Channel 4 'Food Unwrapped'. 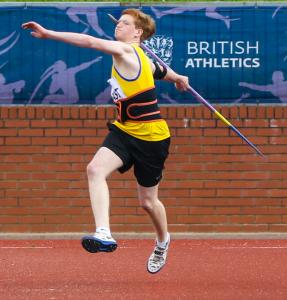 2018 was an amazing season for javelin thrower, Ben from Park House School and Team Kennet. With the support of his coach, Luke Angell, Ben won five Championships and became holder of six records. At the Wessex Young Athletes League, Ben made history. He threw 70.66m setting the longest throw in the world for his age for the season, becoming the first person under 15 years old in the UK to throw over 70m, and achieving World Number One status for his age.

Sports Personality of the Year - sponsored by Technogym UK 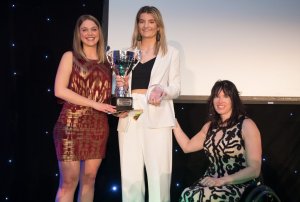 Fran was part of the Wasps squad that lifted the 2018 Netball Superleague trophy. She captained the England U21 squad that won bronze at the World Youth Championships in Botswana, and went on to dominate the Netball Europe championships, winning the gold medal. Vice-captain for the England A squad that played Scotland, Fran was called into the England Roses Senior Squad (Podium Athletes). Having started at Woodley Netball Club, Fran often returns to Berkshire, presenting awards, guest coaching, and inspiring young players.

Team Performance of the Year - sponsored by Get Berkshire Active 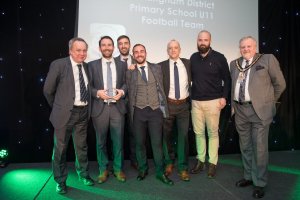 These young footballers, picked from 40 primary schools in Wokingham, won and were unbeaten in both Surrey League and Southern Country League. The team won the Jersey Festival and the Berkshire Cup. They won the Premier League National Championships. Thanks to great support from their coaches, they did all of this having never played together before.

Volunteer of the Year - sponsored by Get Berkshire Active 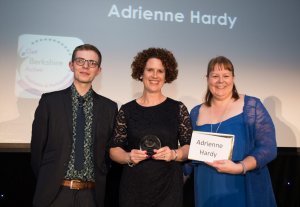 Active Workplace of the Year - sponsored by Get Berkshire Active 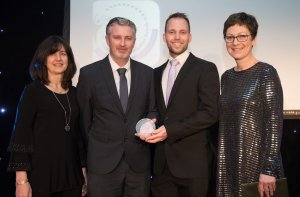 Youth Engagement Project of the Year - sponsored by Get Berkshire Active 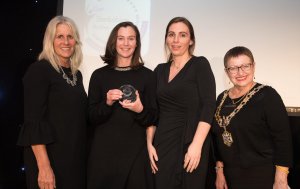 For the best part of 50 years, Doug has been a mentor and grassroots football referee in Berkshire. As PE teacher at Park House School (now retired), he encouraged many young people to enjoy and excel locally, nationally, and globally at their chosen sport, including Theo Walcott in football and Jonathan Joseph in rugby. Most loved for his refereeing, his honesty and inclusive approach make him a voice that all respect. 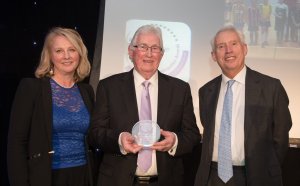 Gina has made a phenomenal impact on netball. Aged16, Gina began delivering netball in a youth club. She set up the Maidenhead Netball league forty years ago and the Charters League in Ascot in the 1990's. Gina volunteers and coaches with Magnet Netball Club, runs a junior league in Maidenhead, plus supports Back to Netball and Walking Netball (getting Maidenhead Women's Institute playing). Having celebrated her 80th Birthday, Gina brims with enthusiasm. 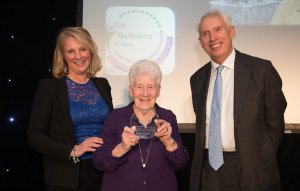 2018 saw Newbury Gymnastics Club celebrate its 40th Anniversary and Colin, the Head Coach, his 70th birthday. Colin has devoted 38 years as a volunteer. A believer in 'Sport for All' Colin ensured sessions cost less than £3 each, giving any young person the opportunity to join his challenging yet fun coaching. Colin boosts the self-esteem of gymnasts of all abilities, unlocking their potential and ensuring their progression. 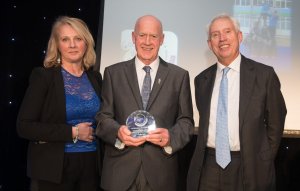 A highly respected netball player and umpire, Margaret has taken charge of over 100 international games. She has umpired the finals at Commonwealth Games, World Youth Games and Netball World Cup. Margaret travels on behalf of England Netball and the International Netball Federation to mentor, coach, train and assess umpires from Berkshire to Africa, including Vitality Netball Super League umpires. 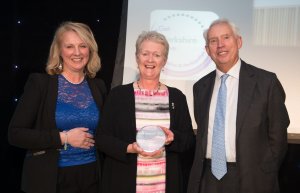 The Move With Us Berkshire Campaign launched