807 respondents took part in the survey 28th April to 17th May 2020 from each of the six Local Authorities in Berkshire. 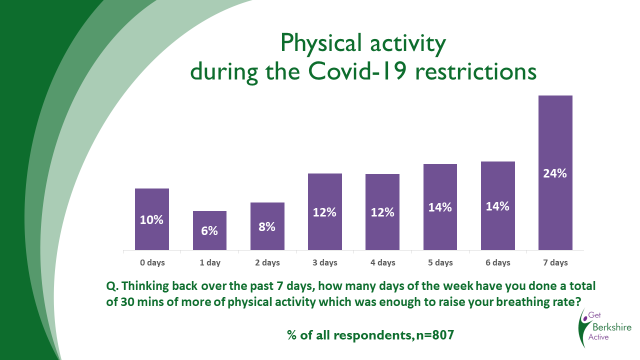 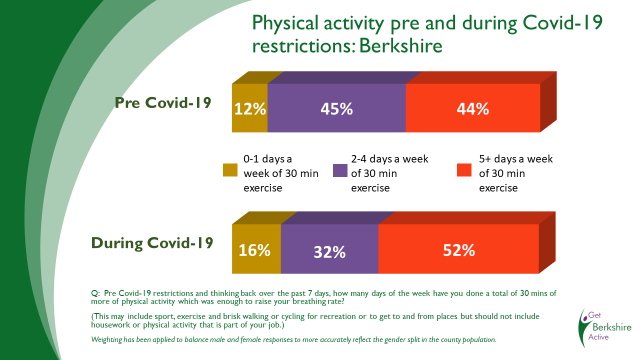 We compared physical levels before and during the Covid-19 restrictions and found although more people were only active on up to 2 days of the week, there was a big increase in the number of Berkshire residents exercising on at least 5 days of the week. 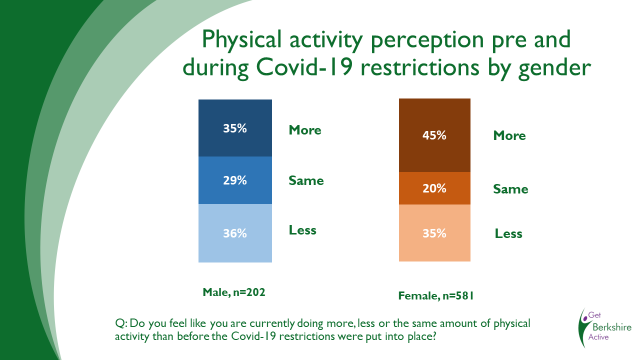 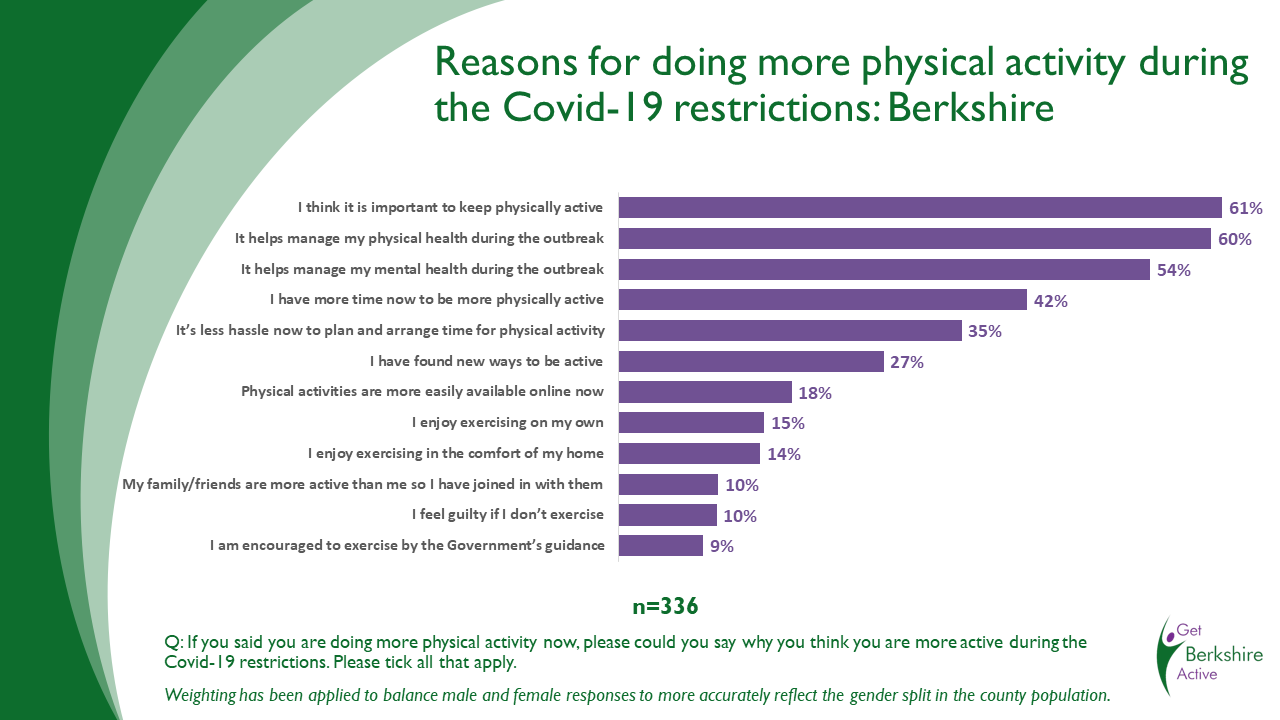 As well as finding out whether people were more or less active than before the Covid-19 restrictions, the important thing was to understand was why. Nearly two-thirds of respondents were more active because they felt it was important, which was the most common answer, followed by exercising for physical and mental health reasons. 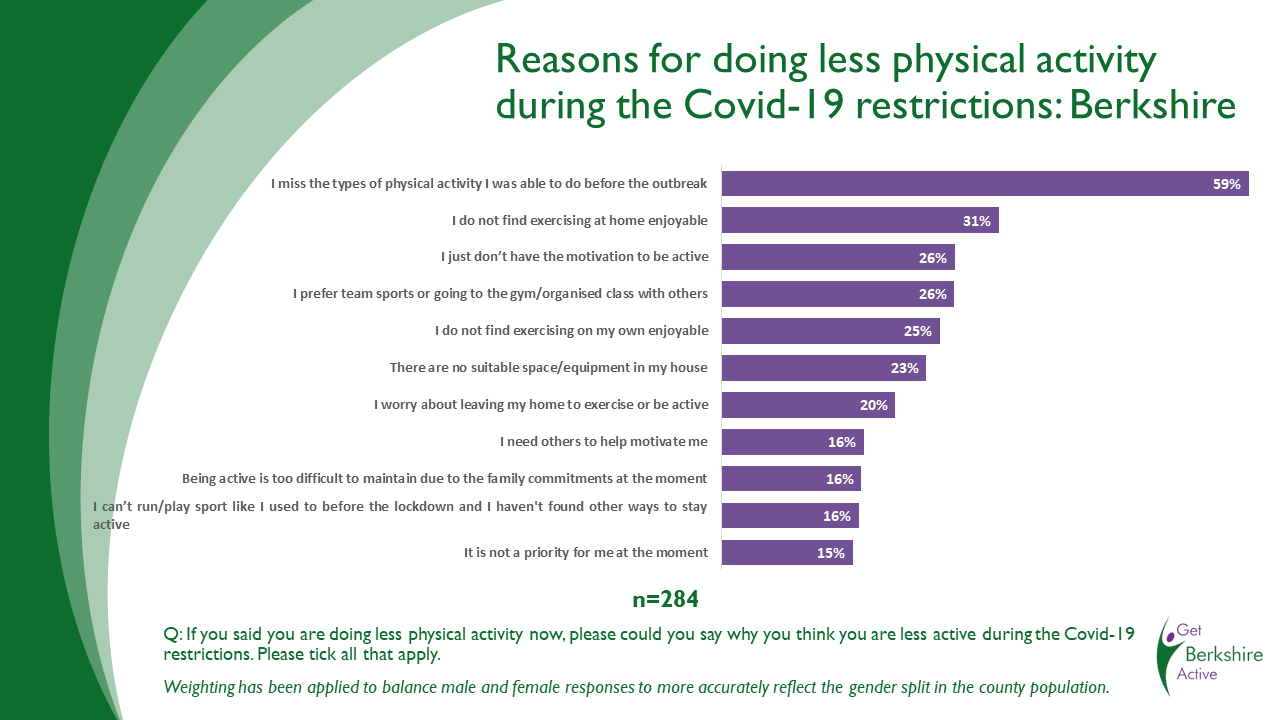 Understanding why people are not active is just as useful as knowing why they are; the majority of people are missing the activity they did before the restrictions were brought in and many said they prefer the gym, classes or team sports. Around one in three were less active because they don't enjoy exercising at home and the same number lacked motivation. 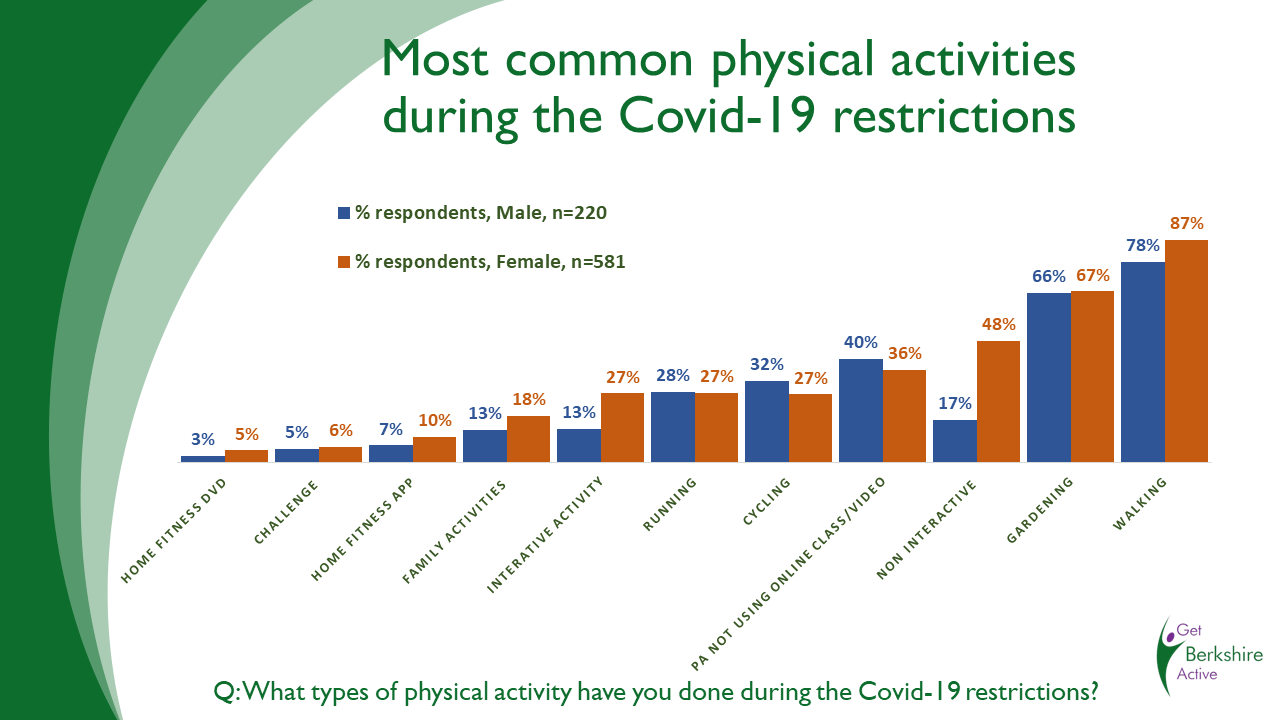