The annual Get Berkshire Active Awards ceremony took place on the 15th February at the Hilton Reading to celebrate sporting excellence across the county as well as applauding the unseen work that goes on behind the scenes to make sport and physical activity happen.

Paralympic swimmer and Paracanoeist Jeanette Chippington MBE joined the event as the Guest of Honour. Her inspirational speech and fantastic video highlighting the UK's achievements at the Rio Paralympics got huge applause from the 300 guests attending the Awards ceremony this year.

Guest of Honour of the 7th GBA Awards 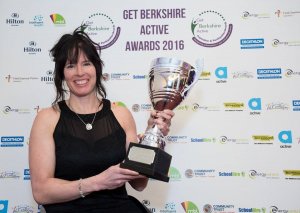 Paralympic swimmer and Paracanoeist Jeanette Chippington MBE, has been announced as the Guest of Honour for this year's Get Berkshire Active Awards. Local athlete Jeanette will lead the celebration of Berkshire's physical activity and sports awards' winners on Friday February 15, 2019 at the Hilton Hotel in Reading.

Jeanette represented Great Britain as a swimmer at five consecutive Summer Paralympics winning a total of 12 medals, including 2 Gold. She also set world records in the 100m freestyle S6 class and the 4 x 50m women's freestyle relay. The Athens' Paralympics 2004 was Jeanette's last Games as a swimmer, as she then made a remarkable sporting comeback in 2013 as a Paracanoeist winning medals at the 2016 Summer Paralympics and ICF Canoe Sprint World Championships between 2012 and 2017. Jeanette was made a MBE in the 2017 Honour's List for services to Canoeing.

Commenting on Jeanette's attendance this year, Get Berkshire Active's CEO, Brett Nicholls, said: "We are particularly delighted to have Jeanette join us as our Guest of Honour this year, as she won the prestigious GBA Sports Personality of the Year Award in 2016." 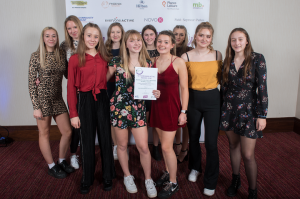 A raffle on the night raised more than £1,000 with proceeds split equally and donated to CLIC Sargent (Children's Cancer Charity) and the Stroke Association